Why is everyone talking about 200mm fabs and equipment? 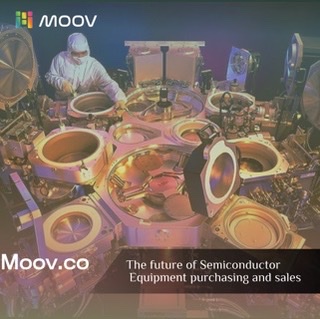 Back in the day, many industry leaders expected the 200mm market to dwindle over time as the 300mm market was more profitable because you could fit more chips on a single wafer and 300mm equipment had the newest technology going down to the smaller nodes pushing Moore's law every year. But, in 2015, there was a noticeable change in 200mm demand as we began to see many automotive and IoT manufacturers design their own chips and prefer to manufacture on 200mm. Suddenly, we started to see more production of the power chips made with gallium-nitride (GaN), and silicon carbide (SiC) wafers that are mostly made in 150mm and 200mm fabs, and we saw a total number of 200mm fabs around the globe go from 184 in 2016 to 216 in 2022. This sudden increased demand in the 200mm market altered the way that we looked at the old 200mm and 150mm equipment as most OEM manufacturers had already shut down their 200mm manufacturing lines and moved on to manufacturing the new 300mm equipment.

As manufacturers scrambled to figure out how to ramp up 200mm manufacturing lines, they found that there were parts and assemblies made by vendors that were no longer in business or they no longer manufactured those parts. As some OEMs began trying to manufacture new 200mm equipment, others started refurbishing older 200mm equipment for resale. Recent supply chain issues and chip shortages have exacerbated the issue, and used 200mm tools have skyrocketed in value as the wait times to purchase a new or refurbished 200mm tool have gotten longer and longer and the demand for these tools increases by the day.

Companies like Intel are dealing with this problem by snatching up 200mm fabs in mergers & acquisitions, like Tower Semiconductor, which Intel recently purchased for $5.4bn. As 200mm fabs around the world are running at 90% capacity or more, we will continue to see more M&A’s by big players like Intel move back into the 200mm business.

Another way companies are dealing with 200mm equipment shortage is by diversifying their supply chain strategies. Companies are increasingly turning to the secondary market, incorporating used equipment into their sourcing strategy. Indeed, at Moov, we have seen the average sale price for used equipment increase over the past year – in some cases more than double!

According to SEMI, the long-term trend to the end of 2024 is for a 17 percent increase in capacity for 200mm facilities. However, analysts believe this will not be enough to keep up with demand. The Electronics Components Industry Association recently issued a statement warning of continued shortages.

“As demand for automotive electronics has rebounded, the shortage of chips produced on 200mm wafers has become much more acute,” according to ECIA’s Joel Huskra. “The typical car requires 50 to 150 semiconductors.”

In conclusion, the 200mm market is here to stay and we can expect to see the value of pre-owned 200mm equipment hold for the foreseeable future.

Moov matches idle or surplus equipment with buyers who seek high quality equipment at a deep discount and reduced lead-time. The platform also integrates offerings such as payments, logistics, asset management, and other add-on services.
We'd love to meet with you!
548 Market Street, San Francisco, CA 94105
© 2022 Moov Technologies Inc. All rights reserved.
*Subject to our terms and conditions.